When traveling, sometimes you will get culture shock. In this article, we will guide you two forms creating that issue in Vietnam - body language and hand gestures.

Body language plays a vital role. It is the key to have successful communication, especially for those who do not share the same vocabulary.

For example, when traveling to Halong Bay, in which there are many foreign visitors, you contact with them at a restaurant or luxury cruise but do not know their language, you can use hand gestures to convey your message.

The following is Vietnam body language and gesture that we often see in communications.

Thumbs up: This thumb gesture is a sign of agreement. It tells someone to know that they have done well. 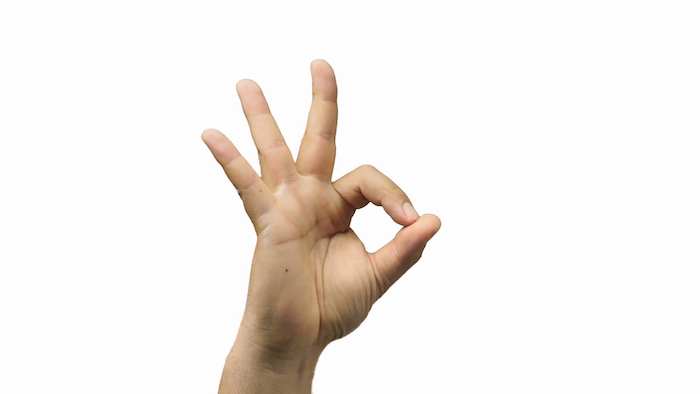 Point finger: Most of the times you use your index finger is to point to something, or let someone else into something like "It's there," "Look."

However, when pointing fingers at someone, it is a sign of dominance. Your index fingers pointing to the sky shows blame to someone like "You have not promised." The worse thing is that someone is breaking your own space.

Moreover, pointing the index finger up is to warn. Parents often use this gesture with their children.

Victory: This gesture with the palms facing out means 2, but it says "victory" in the war or a contest. 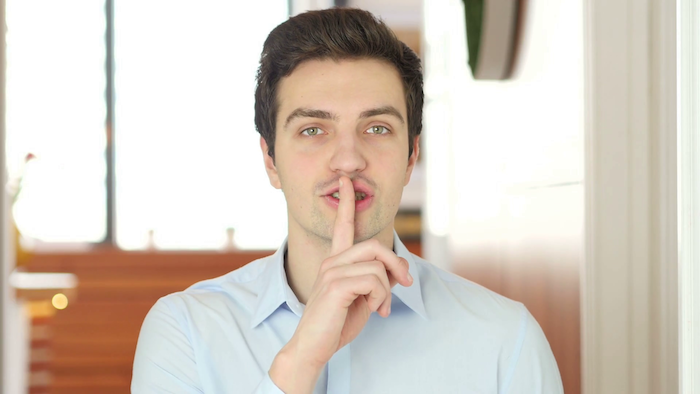 Palm up: Opening hands often have a positive effect on other people. When combining with the open arm, this gesture means approval, openness, and trust. Also, when combining with a shrug, it means resigning or acknowledging weaknesses, and say: "I do not know anything."

Besides hand gesture in Vietnam, Vietnamese often us the following body language.

Turn slightly head: When paying attention to what you are saying, the opposite person will slightly turn their head to the side to hear more clearly.

Tilt head: Slightly tilting head indicates that this person is not confident about what was said.

Nod: When someone agrees with you, they will nod their head while you are speaking

Smile: When someone feels confident and agrees with you, people will laugh at you naturally. Smile with the wrinkles around the eyes can also show a person's mood. 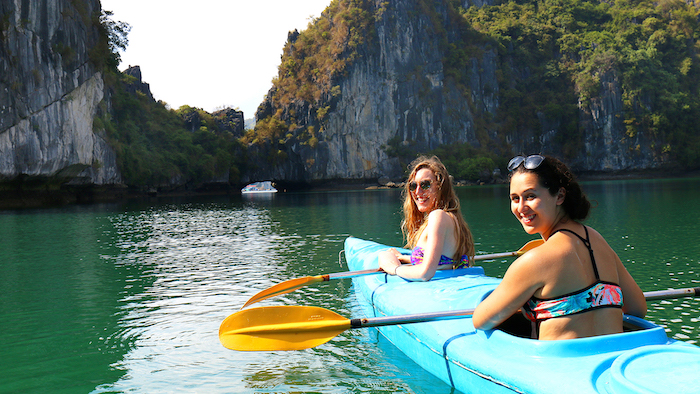 Eyebrow up: When someone has a feeling of anxiety, surprise, or fear, they often raise their eyebrow to show the annoyance. Therefore, if someone compliments your new hairstyle or new outfit with going the eyebrow up, it cannot be a sincere compliment.

Look directly at the communicator: If the person you are talking to often has a calm, steady, blinking look, it's a good sign of success in communication. It is a sign of an honest and trustworthy person listening to you very well.

Eyes look down to avoid looking into other people's eyes: The eye of the person who communicates with you usually avoids looking directly at you. It means that he or she may be shy and have done something wrong with you. They feel uncomfortable when communicating with you by the eye. 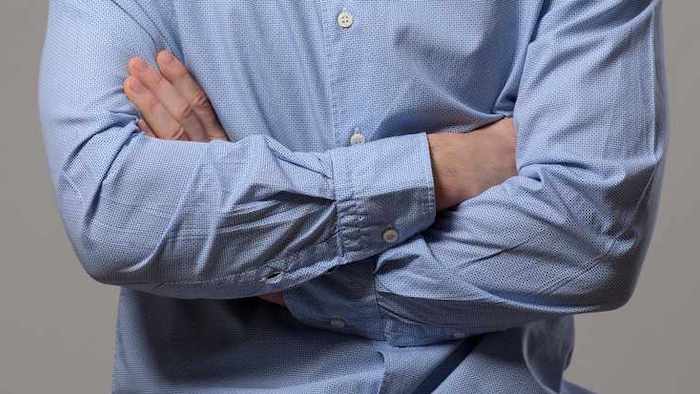 You should not cross your arms when traveling to Halong Bay

Rub your chin while looking at someone: People often rub their chin in making decisions. So, if you look at someone while you're rubbing your chin, they may think you're judging them.

Narrow your eyes: If you want to give someone the impression that you do not like them (or their ideas), you narrow your eyes when looking at them. Some people make the mistake of narrowing their eyes in a conversation as a reflection of thought. Do not send people the wrong messages.

Cross your arms: Cross your arms around your chest as if you are in a defensive position. It sends a message that you are being threatened or not comfortable and want to end the conversation or you disagree with what people are saying.

Fake smile: A sign is often seen on the face of deception. A sincere smile has wrinkles in the corners of the eye and changes the expression of the face. While fake smile only relates to mouth and lips. Distinguishing between the two is easy. Therefore, do not force yourself to smile unless you take a picture.

Middle finger: This gesture is impolite and will make others very angry.

It is undeniable that hand gestures and body language are significant in communication. We're specialized in providing Halong Bay cruise with exclusive prices and unceasingly support for customers, should use them cleverly, delicately and avoid things that can make others misunderstand yourself in communication. Share this article if it is useful for you. Thank you for reading!